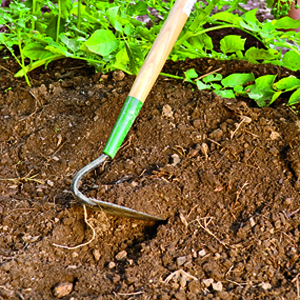 Living soil contains billions of living microorganisms that affect soil and plant health. These include bacteria, fungi, protozoa, and nematodes.

A teaspoon of fertile soil can contain up to one billion bacteria. Bacteria help the soil decompose  organic matter, retain nutrients in the soil, compete with disease causing organisms, and break down soil pollutants. Some bacteria help transfer nitrogen into the soil from legumes, improving soil quality.

In our age of sterility and control, bacteria have gotten a bad name, but in truth all healthy ecosystems, including our own bodies, contain much beneficial bacteria. Provide beneficial bacteria with plenty of organic matter and you will have happy worms, dirt, and plants –which means a healthy and bountiful garden. 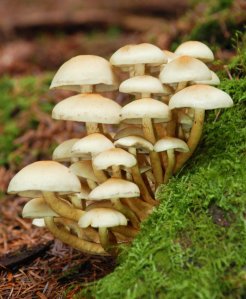 Fungi, microorganisms that are slightly larger than bacteria, serve a similar function. They help decompose carbon compounds, making the carbon available to plants and soil microbes, and help retain nutrients in the soil. They bind soil particles into aggregates, making the soil more porous to air and water. They provide food for other microorganisms, compete with plant pathogens, and decompose some types of pollution.

Open a rotting log and you can see fungi at work, their long white strands eating away at the decomposing matter. Fungi in the soil, however, are too small to see with the naked eye.

One type of fungus is called mycorrhizae, meaning fungus root. These fungi form a symbiotic relationship with plants roots, improving the roots’ absorption of water, air and nutrients. In turn, the fungi receive sugars from the roots. Good soil containing lots of organic matter, water, air, and microorganisms leads to healthy mycorrhizal growth. 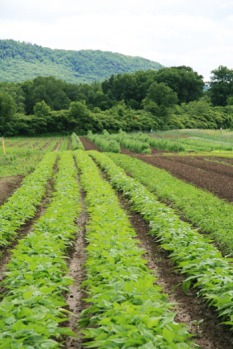 Nematodes are primarily beneficial, though some feed on roots and can kill a plant. Beneficial nematodes feed on protozoa, bacteria and fungi as well as other nematodes, including the harmful varieties. Like protozoa, they also release ammonium into the soil as a byproduct of their feeding. They distribute bacteria and fungi through the soil as they travel through their earthy domain.

Remember that the health of your garden does not solely lie in the hands of our earth allies. You must work just as hard as they do to reap the benefits of a healthy and prospering patch of land.

This Article was Adapted from Sacred Land by Clea Danaan

All Images from Google.com